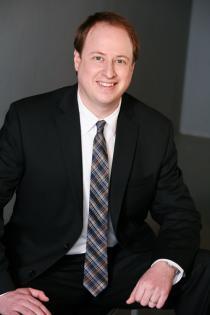 Prior to founding what is now Surowitz Immigration, PC, in 2004, the clientele Joshua Surowitz serviced consisted primarily of business employers with a heavy concentration in the high technology and biotechnology fields. Today, Mr. Surowitz manages the firm's business and corporate immigration practice and is responsible for advising business clientele concerning a wide-array of permanent and temporary employment-related immigration options. Mr. Surowitz also represents clients with family-based, naturalization, and consular immigration matters and focuses on complex immigration cases including appeals, motions, and cases requiring waivers of inadmissibility.

Joshua Surowitz has personally been engaged for consultation and representation by nationals of over 130 countries, and regularly represents clients at U.S. Embassies and Consulates on every inhabited continent. Mr. Surowitz has also been a Visiting Lecturer on Immigration Law and Policy in the International Law Department of Alicante Law School in Spain, and the University of California Berkeley. Since 2015, he has served on the Executive Committee for the California Bar Association International Law Section (Now CLA). He has also served as the Education Chair and Co-Chair of the Foreign Bar Relations Committees, and is currently the Chair of the CLA International Law Section.

Josh Surowitz received his Juris Doctor degree, with high honors, after completing his studies at Golden Gate University School of Law in 2002, where he earned a Specialization Certificate with Distinction in International Law. While in law school, Mr. Surowitz served as a Judicial Extern for the Honorable Claudia Wilken in the Federal District Court for the Northern District of California, and studied international law in Bangkok, Thailand, and Tokyo, Japan. He was also the President of the Rotary Club of Richmond, California in 2016-17.

Since 2011, Surowitz Immigration, PC has also maintained a liaison's office in Barcelona, Spain.