Can Gay or LGBT individuals qualify for Asylum in the United States?

Gay and LGBT individuals who have faced persecution or fear future persecution in their home country as a result of their sexual orientation may apply for asylum. In order to prove one’s claim, an individual who is eligible for asylum must also present evidence to support the legitimacy his or her claim. In some cases this may be difficult, as there may be a lack of evidence or existence of contradictory evidence. Common examples of this might include LGBT individuals who did not “come out” or those who were in a heterosexual marital relationship in their home country. It is therefore particularly important to evidence one’s sexual orientation through personal testimony that is honest and truthful, and to be able to thoroughly communicate one’s fears if returned to his or her home country.

What are the time limitations on an Asylum Application and when will I be eligible for a Work Permit?

It is important to remember that in general, individuals applying for asylum must apply within one year of entering the U.S. Applications beyond this time may still be eligible if there has been a change in their personal circumstances or in their home country’s conditions. If an individual is granted asylum, he or she can work immediately (even without a separate Employment Authorization Document). Asylees can apply for a green card one year after having been granted asylum, and they can also petition to bring a spouse and/or any unmarried children under the age of 21 to join them in the United States.

How can Asylum be a Defense from Removal or Deportation?

Asylum as a defense to deportation is available to individuals who have been placed in removal proceedings based on either a referral from an Asylum Officer or because they were apprehended by authorities. As with affirmative asylum applications outside of immigration court, in order to be eligible for asylum, an individual must meet the definition of a refugee and demonstrate a credible fear that he or she has been persecuted in the past or fears persecution in the future if returned to his or her home country. This fear must be based at least one of five statutory grounds which include race, religion, nationality, political opinion, or membership to a particular social group.

If granted asylum on defensive grounds, an individual’s removal case will be cancelled and he or she can work immediately (even without a separate Employment Authorization Document).

If your questions were not addressed in the asylum FAQs page please contact us today. 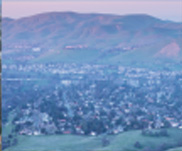